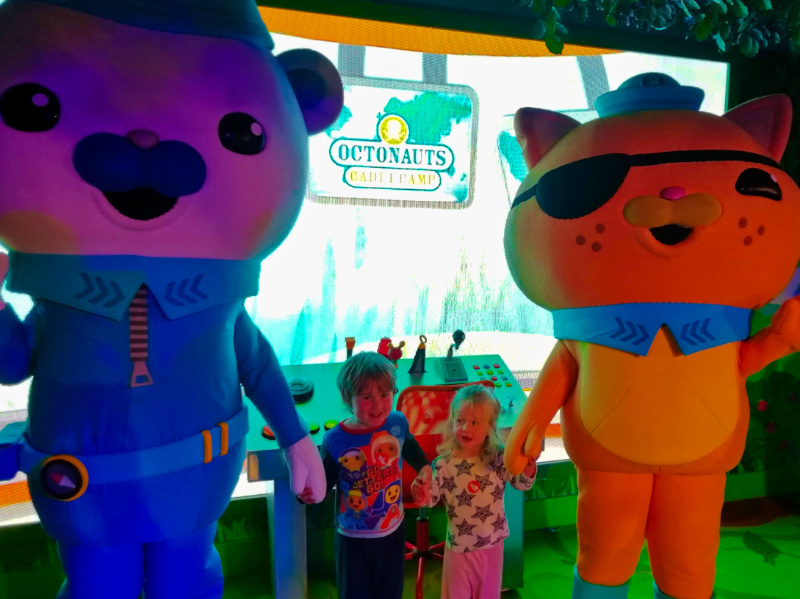 One of the best things about staying at the CBeebies Land Hotel is the full programme of entertainment that they provide. There’s no need to fear dead time between the theme park closing and dinner or between dinner and bed. One of our biggest mistakes on our first visit to the CBeebies Land Hotel was not leaving enough time to enjoy the entertainment. It was great fun for the kids.

This post contains Amazon affiliate links. If you click through to Amazon I may receive a commission at no increased cost to you.

I recommend buying souvenirs before your visit. There is a shop at the hotel and in CBeebies Lande but it is expensive. Here are some of my top picks for characters you will meet:

What to Expect from the CBeebies Land Hotel Entertainment

We have been to the CBeebies Land Hotel on a couple of occasions. We haven’t seen every show, but we’ve caught enough of them to know the general gist. They can be divided into the following three categories:

These are usually over-large characters who make an appearance to high five and have their photo taken with the kids. Plus a few selfies with the grown-ups. The first time we stayed at the hotel, we found our three-year-old hated these, so we avoided them both at the hotel and in the theme park. For our most recent stay, we prepared Ted by talking to him about which characters he wanted to meet (he was excited to high five Ubercorn’s hoof). We also asked him to look after his two-year-old sister so that she wasn’t frightened of the characters. She wasn’t worried at any point, but it helped her brother to think he was helping her.

Character meets include Ubercorn at 3 pm, Postman Pat at 4 pm and Iggle Piggle and Upsy Daisy at 5.30 pm. Little Monster from Justin’s House also pops up at regular intervals throughout the day. You can meet her at 8.30 am, 9.30 am, 3 pm and 5 pm.

We have never had to queue for any of these meets and greets (unlike the character shows, see below). However, you may have to in the high season.

Character Shows also involve over-large characters, but this time they put on a show with the help of the enthusiastic entertainment staff. All the shows we’ve seen at the hotel and in the Big Fun Showtime arena in CBeebies Land follow a similar theme. The character has a problem, and the audience is asked to help out. There are usually items hidden around the room and an active audience section.

After each show, you can queue up to have a quick photo taken with the characters. The queue tends to be long for these so parents should be ready to jump up at the end of the show to get their spot. The staff are excellent at moving the queue along while keeping the whole thing orderly.

We met quite a few characters this way including Bing and Flop, Captain Barnacles and Quasi and more in the theme park. We have seen the Octonauts three times and have two fabric badges which Ted is very proud of.

The final category of entertainment is the mini-shows put on by the hard-working entertainment staff. These are aimed at small children who may not like the character shows. They are usually fun but straightforward music and dance sessions that kids of any age can get involved in.

Where does the CBeebies Land Hotel Entertainment take Place?

The character shows and playtime events all take place in a magical themed area of the CBeebies Land Hotel called Musical Meadows. The grown-ups might also like to refer to this area as the bar. There is plenty of comfy seating for parents to kick back with a drink while the kids enjoy themselves.

The character meets, including Little Monster usually, take place next door in reception. On both our stays we have been greeted by Ubercorn and his minder loitering by the welcome desk.

What is there for the Adults?

As you would expect from the CBeebies Land Hotel, the entertainment is focused very much on pre-school age children. So what is there for adults other than seeing the joy on the faces of your children? There is a well-stocked bar with a range of gins for you to work through.

What Else is There to do?

Aside from the entertainment, there is plenty to keep you interested in the resort. Even if that just means having a nosey around the other themed hotels.

In the CBeebies Land Hotel, they have some fun themed things to keep little ones entertained. These include lots of fun buttons to press in the reception area.

If you have a longer gap to fill you might want to consider going to the Splash Landings Waterpark. It’s lots of fun, and you can get a discounted ticket if you are travelling with a toddler. This prevents you from going to all areas in the Waterpark but makes sense because you can’t leave your toddler alone to go down the big flumes anyway.

We also enjoyed the Extraordinary Golf that was included in the price of our stay. I would definitely recommend taking advantage of this free hour of entertainment. Crazy golf with a 2-year-old and a 4-year-old is an exciting experience. 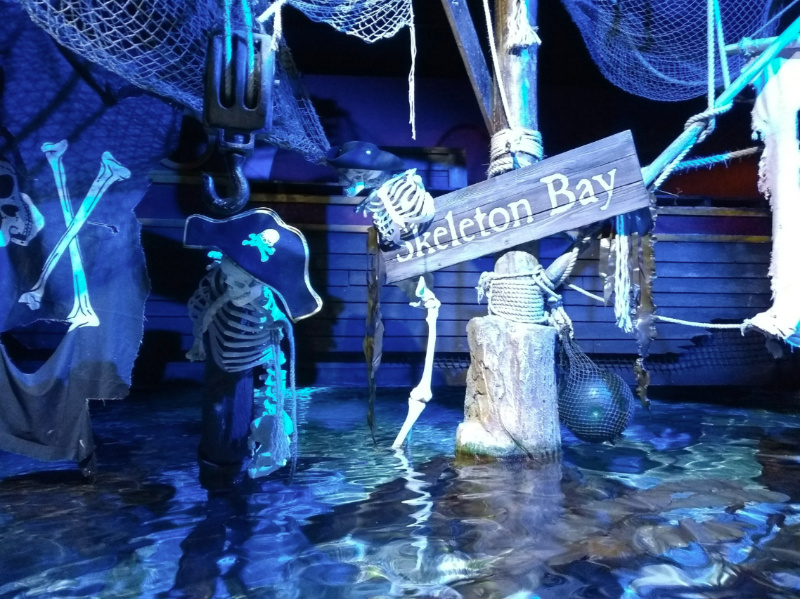 Alton Towers for Toddlers – The Best Rides for Kids 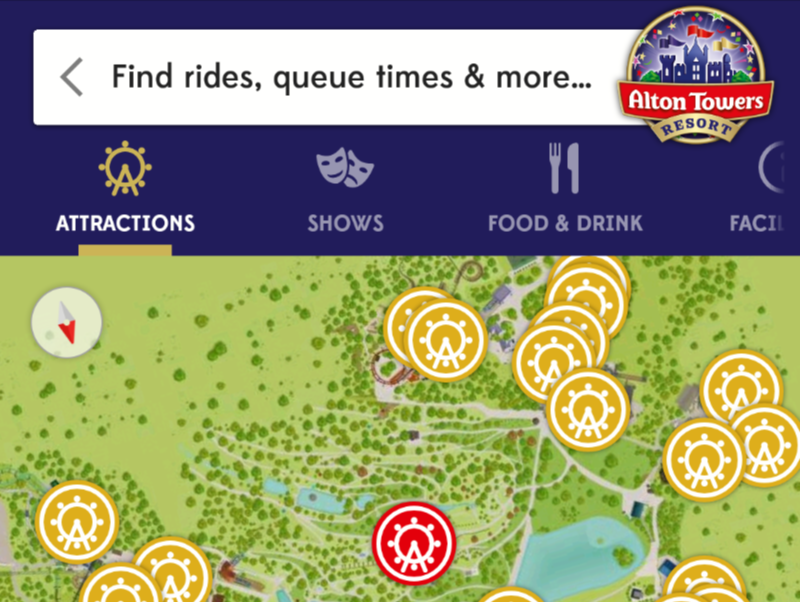 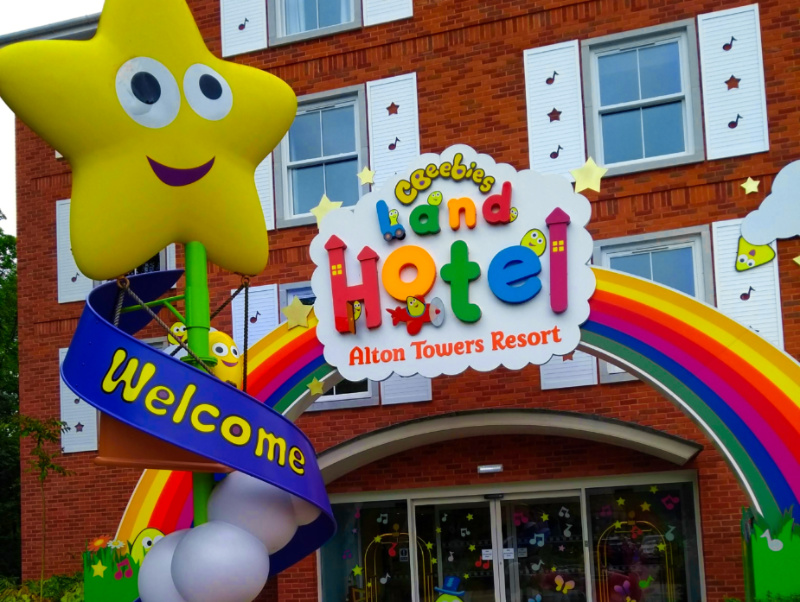 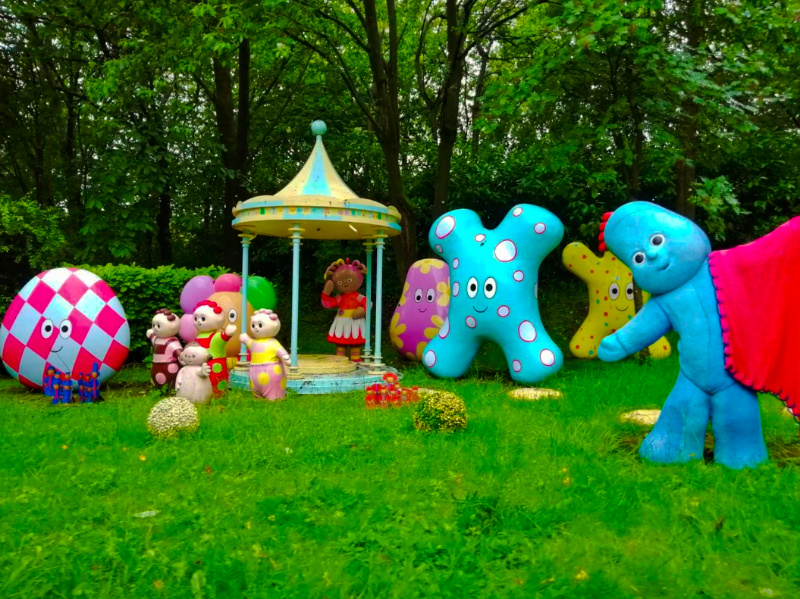 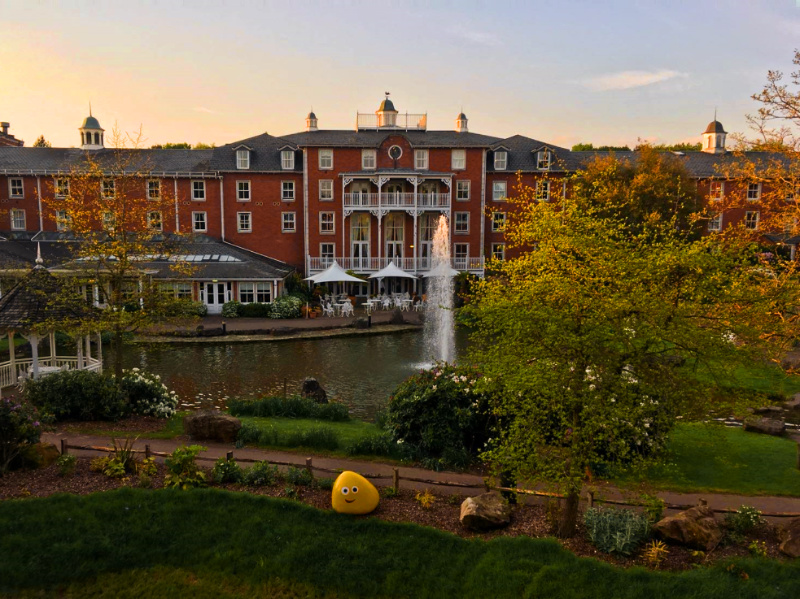