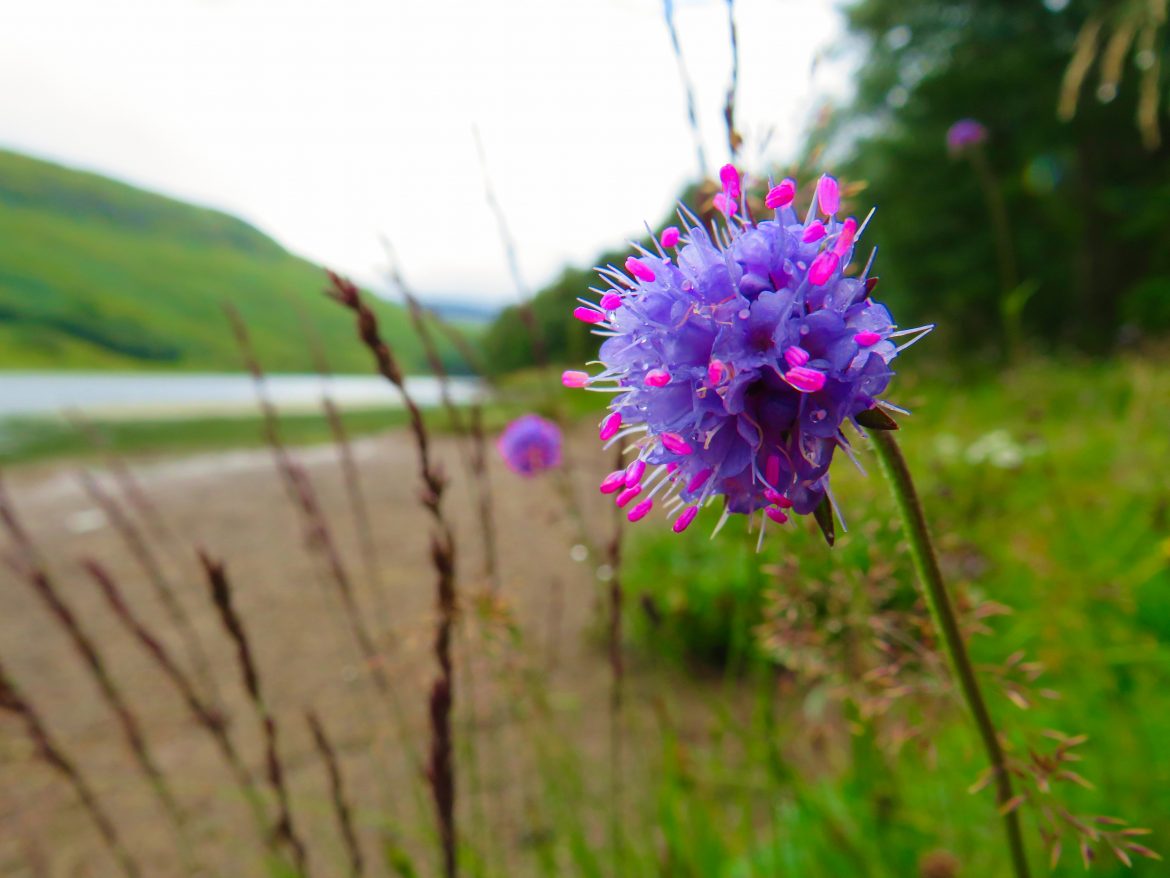 After a week of acclimatising near Stirling, it was time to journey to Inverness to start the North Coast 500. If our week in Blair Drummond was to be believed, the weather in Scotland is always sunny and warm. A belief I have no doubt will not be shattered in the next three weeks.

Our plan for the day was to take the longer route from Blair Drummond through Loch Lomond and the Trossachs National Park. We would travel into the highlands, then follow the north shore of Loch Ness to Inverness and eventually to Black Isle.

I remember passing through Loch Lomond National park once before and not being particularly impressed. There was no such disappointment this time. The patchwork of Lochs, forests and farmland was attractive from the moment we entered the park to long after we left. Along the road were inviting viewpoints, but unfortunately, we didn’t have time to stop for long. Our only diversion was to a tiny, soggy car park next to Loch Lubhair. We took a few moments to get wet feet and enjoy the majesty before setting off on our next leg.

Part 2 – The Highlands and Fort William

It was snowing on my only previous visit to this part of the world, so the August weather provided a contrast, as did the passing of time. What I recalled being a gravel car park at the bottom of the ski-lift for Ben Nevis was now a flash and not an inexpensive outdoor centre. We opted to have lunch a few hundred meters down the road next to some deserted industrial buildings. We’ll pop back to Ben Nevis next time we’re in Scotland and have the time.

We had our first view of Loch Ness at Fort Agustus, and we were immediately swept along the north shore road. I was initially struck by how deceivingly small it appeared. The Loch is 23 miles (37 km) long and has a maximum depth of 227m, so it is unimaginably big. However, the opposite shore always looks close, creating this optical illusion.

Rather than stop somewhere where we could marvel at magnificent views, we went to Nessieland. A ridiculous indoor tourist attraction where the kids could run through fake caves and throw fish at each other while we read about the history of the Loch Ness monster. We also achieved our goal for this part of the trip by buying a toy Nessie to act as an official motorhome mascot.

We did not see the real Nessie. We looked.

Inverness flashed by, and we quickly found ourselves turning down increasingly small roads on the mysteriously named Black Isle. Our campsite amounted to little more than a parking spot at the end of someone’s garden, but it was cheap and provided everything we needed.