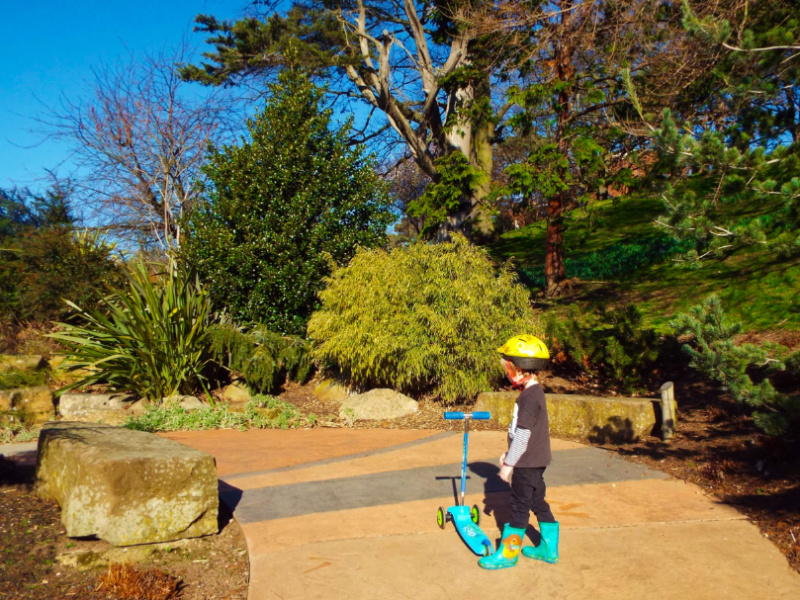 Things to do in Whitby for Kids

There are lots of things to do in Whitby for kids, but most people already know about the “must-do” activities. You probably know about the wonderful beach, the famous fish and chips and that climbing the 99 steps to Whitby Abbey will reward you with some incredible views. Whether you are looking for things to do in Whitby with a toddler or you have older children, I have some suggestions for you. Including many that you might not have thought of before.

The Endeavour may be permanently berthed in Whitby harbour, but there are plenty of other companies offering boat trips. As a family, we will always take a boat trip if there’s one on offer. We love seeing a place from the unique perspective of the sea and Whitby delivers with rugged beauty.

We boarded a boat from one of the many companies offering trips in the harbour. On the voyage, we were treated to a commentary from the captain. Most of the information was really interesting, it was only slightly marred by the statement that the harbour porpoises we saw were baby dolphins. That “fact” is so jarring to a zoologist. (Just in case you are interested, dolphins and porpoises both belong to the group known as the toothed-whales. There are at least 42 species of dolphin and 6 species of porpoise worldwide.)

2. Walk Along the Harbour Wall

Whitby doesn’t have a traditional pier, but it doesn’t need one. The western arm of the harbour wall (the West Pier) is also a boardwalk along which many people promenade. It is possible to walk quite a long way out to sea. A favourite activity of mine here is to observe the cormorants sunning themselves on the opposite harbour wall. The views of the Abbey are spectacular from here.

On the West Pier, there is another surprise. This is where you will find the restored West Pier Lighthouse which is open to visitors. For a small fee (£1.50 per adult, £1 per child in 2019) you can climb the steps of the 13m viewpoint and enjoy even better views of the Abbey, harbour, town and North Sea. Four-year-old Ted loves things like this and didn’t complain once about the number of steps.

The Yorkshire coast is a fabulous place for the amateur fossil hunter. Like Dorset, the fossils here are Jurassic. Whitby’s north beach is the perfect place to start looking, although you will probably find you’re not alone is searching for the past. Whitby is famous for jet, which is fossilised wood. You will also find ammonite, reptile and shell fossils here.

Whitby celebrates Yorkshire’s fossils wherever possible. You will find nods along the previously mentioned West Pier and also in Pannett Park, a pleasant hillside park. The park is a 5-minute walk from the harbour and a perfect place in Whitby for kids to play. We loved the fossil paths and the displays designed to bring geology to life. There is also a vast playground.

Within Pannett Park is another hidden gem. Whitby Museum also celebrates Yorkshire’s fossil history, which is what tempted us to visit in the first place. However, this museum is so much more than another Natural History Museum. It also showcases many other aspects of Whitby’s history. The room dedicated to Captain Cook’s voyages were a particular highlight for us.

Another colourful (!) aspect of Whitby’s past is the town’s role in the whaling industry. The cliff tops here were ideal for spotting whales out at sea. This is marked in Whitby with a whalebone arch which can be found opposite the Abbey. The current arch is a replica, which replaced the original in 2002. The original whalebone had decayed after enduring years of harsh weather.

The entrance to Whitby harbour is guarded by a swing bridge. Most of the time this bridge allows traffic and pedestrians to cross from the town centre to Whitby Abbey. However, the bridge is not high enough to allow boats to pass underneath. When one wishes to sail in or out of the harbour the road closes and the bridge moves. It’s not quite Tower Bridge, but my toddlers were fascinated by the process, and the 15-minute show drew quite a crowd.

This one’s not for toddlers. We actually did this pre-kids, but it’s the kind of Whitby activity that older kids will love. We actually did this a few years before children and had a great time. Whitby is famous as the setting for the English part of Bram Stoker’s Dracula and the town is happy to embrace its goth associations.

Final Thoughts on Things to Do in Whitby with Kids

The Yorkshire coast and Whitby, in particular, has been a favourite for us since before we had children. Every time I visit, I seem to discover some new highlight or hidden gem. On our most recent trip, we didn’t even make an effort to explore Whitby Abbey because we found so much to do in the town. We also took the opportunity to investigate many other beautiful towns on the North Yorkshire coast and the Yorkshire Moors National Park. The town of Whitby is the perfect base for everything Yorkshire, especially with kids.

Where to Stay in Whitby

We stayed in the exceptional Cha Cha’s Cottage in Captian Cook’s Haven just outside Whitby. If it is available, I would highly recommend staying here. The cottage was beautifully decorated, spotlessly clean and equipped with everything a family needs for an excellent self-catering holiday. The cottage has three bedrooms and sleeps up to six.

Captain Cook’s Haven is a holiday development with many of the cottages rented out. The development also features a well-maintained swimming pool and a good-sized play area. The holiday-lets are ideally situated overlooking the Esk valley, with a view of the stunning Esk Valley Viaduct. Trains have not crossed the 13 arches for some time. Instead, the route is now a footpath to Whitby. It is a delightful 2-mile walk from Captain Cook’s Haven to Whitby.

12 thoughts on “Unusual Things to do in Whitby for Kids”