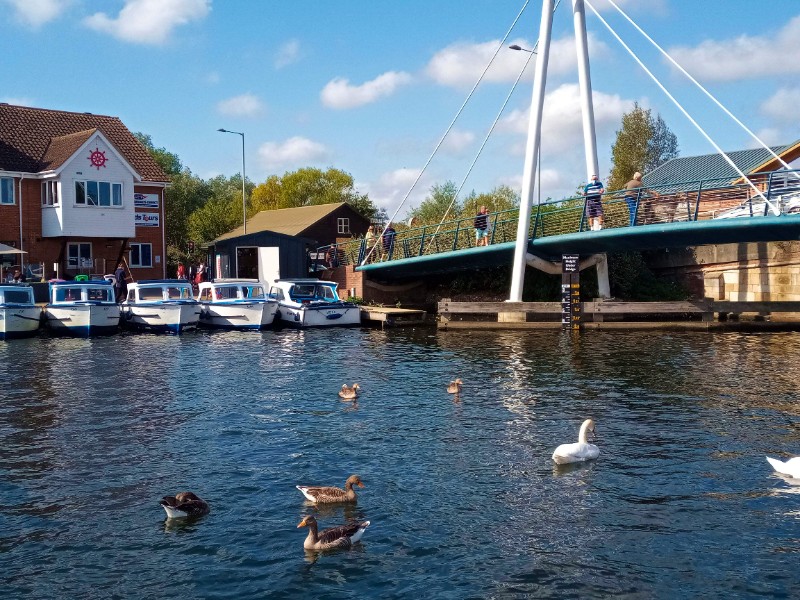 The small town of Wroxham in Norfolk styles itself as the gateway to the Norfolk Broads. There are plenty of things to do in Wroxham for a short break and many more things to do near Wroxham for a longer one. If you chose this area as a base to explore one of the UK’s most overlooked National Parks, then you’ll find a lot to do both in the town and in the surrounding area. The Broads is a network of waterways formed from ancient peat pits. The conjoined rivers and lakes are navigable by pleasure boats of all shapes and size.

The most obvious thing to do is take a boat out, and this is something you should absolutely do. There’s plenty more that would be easy to miss both in the town and in the surrounding area. Wroxham is also under an hour from the spectacular Norfolk coast with its variety of beaches and beauty spots. 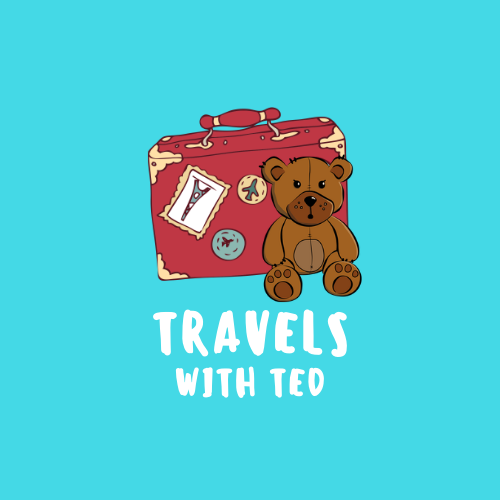 If you are visiting the Wroxham with children I highly recommend you go with a plan. The riverside is lovely but crowded. Most of the space in the town centre is taken up by roads/car parks, water and Roys of Wroxham. There is nowhere you can safely let them run wild. Luckily Norfolk has plenty of other places you can no so.

Things to Do In Wroxham, Norfolk

Take a Boat on the Broads

You can’t go to the Norfolk Broads without hiring a boat. It really is the only way to explore the area properly and definitely my top thing to do in Wroxham. There are many stunning spots that you can only get to on a boat and plenty of pubs to moor up at for a drink. Wroxham sits on the River Bure and a few minutes travel at 5 mph brings you to the entrance to Wroxham Broad, the first of several easily accessed Broads (essentially lakes connected to the river).

The options for boat hire are endless, from a half-day to long term rentals. With two young children, we went for a 3-hour hire which was more than enough time to be confined with a 3-year-old. When they are a little older, we fully intend to take them for a weekend trip or perhaps longer.

On this occasion, we used Broads Tours from the centre of the riverside area. They are one of the biggest companies, and the service they offered was quick and professional. There are plenty of other companies around the area offering a similar service.

The Bure Valley Railway is a miniature steam railway that runs from its own station. The railway is primarily staffed by volunteers, and they run regular trips up and down the line to Aylsham. You have your own miniature carriage to relax in for the duration of the journey while you enjoy the tranquil countryside. The train makes stops along the way so that you can hop out and walk for a stretch.

Aylsham Station has a cafe, gift shop and museum where you can learn more about the history of the railway and how it is maintained. It is a surprisingly easy place to kill an hour or so before the return leg.

To learn more read this early post I wrote about our Father’s day excursion.

Located in a warehouse near to the Wroxham terminus of the Bure Valley Railway is a hidden gem. A museum called Wroxham Miniature Worlds. The selection of miniature railways with moving trains is the main attraction. Some are interactive, with buttons that make the trains move, and some are simply just beautiful models. The museum also houses toys and playable video games from decades past, including some nostalgic ones for me. My two children spent half an hour chasing cars up and down the enormous Skaelectric track.

A short drive out of Wroxham is Bewilderwood, a magically-themed adventure park aimed at under 10s. The creators of this attraction have designed mythology based on the waterways and woodlands on the site. As you are ferried from the car park, the staff tell a story to enthral young children. The main attractions are a series of adventure playgrounds. Wooden climbing frames, rope bridges, slides, zip lines and mazes fill the woodlands. Its heaven for active kids.

Read more about a day out at Bewilderwood in this post.

Things to Do near Wroxham, Norfolk

The Blickling Estate is a stunning Jacobean mansion, gardens and parklands belonging to the National Trust. There are 4,600 acres to explore.

Horsey Windpump is a recently restored historic building owned by the National Trust. It stands between the Norfolk Broads and the coast in an area known for its wildlife. Footpaths give you a sense of the countryside and link Horsey Windpump to the beach near Horsey Gap (see more below).

Horsey Gap doesn’t look like much when you arrive. A busy car park divided from the sea by sand dunes could be anywhere. But head towards the beach, and you will discover the secret held by this part of the Norfolk coast. Throughout most of the year, seals occupy the beach. Access to the sand is controlled during pup seasons to protect the wildlife, but you can get a good view from the dunes.

Read more about how and when to go to Horsey Gap in this post.

Towns to Visit Near Wroxham, Norfolk

Mundesley is a comparatively quiet seaside town with a beautiful beach, clifftop walks and basic amenities.

Great Yarmouth is a more commercial seaside destination than many other towns on this part of the East Anglian coast. If you want amusements, fairground rides, a sandy beach and attractions then this is where to go.


Error: API requests are being delayed for this account. New posts will not be retrieved.